**Sale**
Request Quote
Try our high quality amino acids, resins and reagents and see just how much better your peptides can be!

Home » The Titan 357 and 40 years of Combinatorial Technology

The Titan 357 and 40 years of Combinatorial Technology

Combinatorial technology, such as the Titan 357 by AAPPTec, has been facilitating the synthesis and screening of large molecular libraries containing millions of organic compounds ever since its introduction 40 years ago. It has changed the paradigms of pharmaceutical research from focusing on single compounds to focusing on immense collections of compounds. It inspired the development of dynamic combinatorial libraries, fragment-based drug discovery and virtual library screening. Combinatorial technology was revitalized by the development of DNA encoding. Amplification of DNA oligomers plus next-generation sequencing has made it possible to successfully screen billions of compounds in a single process. 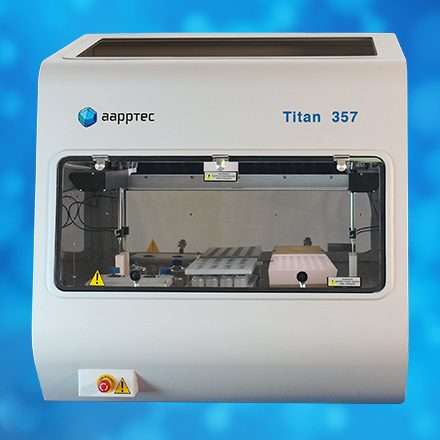 Read the full article describing the evolution of Combinatorial technology by Árpád Furka at https://www.sciencedirect.com/science/article/pii/S1359644622002781?via%3Dihub